Lucy Holmes is one of Australia’s hardest working performers and most versatile media personalities. Coming from a musical background and a degree in Music Theatre (Singing, Acting and Dancing), Lucy has worked as a television host, Radio host, professional singer, actress, recording artist, voiceover artist, MC and model.

Lucy has been heard on 89.9 Light FM in Melbourne over the last 10 years every morning from 6am as part of the award winning Lucy and Kel breakfast show. 89.9LightFM has an audience of over one million listeners, and Lucy and Kel's breakfast show recently won the coveted CMAA 'Most Engaging Radio Show' of the year, two years running.

She is also the star behind Australia’s most successful corporate act and tribute show, 100% Kylie, with the real Kylie Minogue calling the show ‘the best act’ in the world. This large scale stage show has toured the world full-time for over 17 years, selling out shows in over 16 countries to great acclaim. Lucy even appeared as Kylie's double for a Magnum Icecream advert filmed in London in 2014. Lucy recently starred as Kylie in the biggest TV show of the year in the UK, Even Better Than The Real Thing, which was aired to over 15 million people on Christmas Eve on the BBC.

In recent years, Lucy has hosted TV Shows (Ch9 The Mint), appeared in TV series (ABC Paper Giants 2 & Prank Patrol), and been the face of informercials on The Morning Show. She has also performed as lead vocalist on many TV shows including Dancing With The Stars, The Logies, Carols By Candlelight, Good Morning Australia, the AFL Grand Final and The Good Friday Appeal. Lucy has appeared on numerous adverts, and can be seen on TV at the moment with her 2 year old daughter as the face of A2 Toddler Milk. Lucy has performed backing vocals for many industry greats, including Westlife, Florence and The Machine, Delta Goodrem, Dami Im, UK star James Morrison, and more. She was watched by over 80 Million viewers around the world when she performed with Guy Sebastian at the Australian Open Mens Tennis Finals.

Lucy was also called by New Idea the 'Judge to watch' on the new Channel 7 TV show All Together Now, which is currently airing prime time in Australia. Lucy works alongside Popstar Ronan Keating and a host of other Australian musicians. All Together Now is a joyous singing show, where solo performers and groups battle for the “life-changing” $100,000 grand prize.

Lucy is an in demand MC at events due to her experienced, relatable and warm demeanour on stage. Lucy has MC'd countless events, breakfasts, dinners and charity fundraisers around the world, including the ANZA Ball in South Korea. Should you like to enquire about booking Lucy to MC your next event, please head to the contact page.

Lucy is an in-demand Voice over Artist, who has voiced many television adverts, radio adverts and corporate videos. She's young, vibrant and exciting, and has a wide array of styles to suit whatever project you might need. If you'd like to enquire about Lucy's voiceover rates, please head to the contact page.

Lucy has worked as a Brand Ambassador for many companies, proudly promoting many of Australia's finest businesses. She has worn labels such as Pilgrim Clothing, Shieke and Amorette on TV shows seen by millions of people such as Carols by Candlelight. If you'd like to discuss working alongside Lucy, please head to the contact page.

Lucy Holmes is the star behind the 100% Kylie stage extravaganza, which has extraordinarily captured the look and sound of Kylie’s own stage shows. Kylie Minogue summed it up best when she wrote to her millions of followers on Twitter, calling 100% Kylie the ‘best Kylie show’ on the planet. Such a fan of the show, Kylie even sent a camera crew to film the show for her! And when you consider that a photo of Lucy accidently appeared on Kylie’s own official website as ‘Kylie’, you quickly realise there are simply no higher accolades an impersonator could be given.

100% Kylie has astonished international audiences in over 16 countries for the last 17 years and to 6 million people with impeccable renditions of her famous songs, incredible dancing from Australia's best dancers, and outstanding replica costumes. Not only has this world famous show toured every corner of Australia and the globe with sell out shows in places such as Spain, Italy, Beijing, Macau, Malaysia, Indonesia, Hong Kong, Dubai, Singapore, Vietnam, New Zealand, Fiji, Bali and Sourh Korea. 100% Kylie has also appeared in major newspapers across the world, has been featured in major magazines and has performed live on countless television shows, including starring on the smash hit UK TV Even Better Than The Real Thing to 15 million people.

100% Kylie is not only the longest running Kylie show in the world, it's also been acknowledged by Kylie’s Management team and the whole Minogue family including Kylie’s sister Dannii and Kylie’s parents, who all love the show. Kylie’s father even suggested Lucy understudy Kylie on her real tours incase she ever gets sick, claiming no one would notice the difference! 100% Kylie have established themselves as the world's greatest Kylie tribute show of all time, with the incredible track record around the globe to prove it. Visit www.100percentkylie.com for more information

Lucy is the longest serving Radio Host on Melbourne’s 89.9 LightFM, clocking up her 10th year on air at the station this year.

The Lucy and Kel Breakfast Show is one of Melbourne's favourite radio shows, with the breakfast show winning the coveted CMAA Most Engaging Radio Show the last two years running.

With over one million people listening each month, LightFM is Melbourne’s Positive Alternative. Lucy and Kel are simply the BEST way to start your day! They'll have you in stitches every weekday morning from 6am, as they bring you the latest in news, entertainment and stories, and will leave you in tears with moving stories from Relationship Reno. You'll fall in love with them! 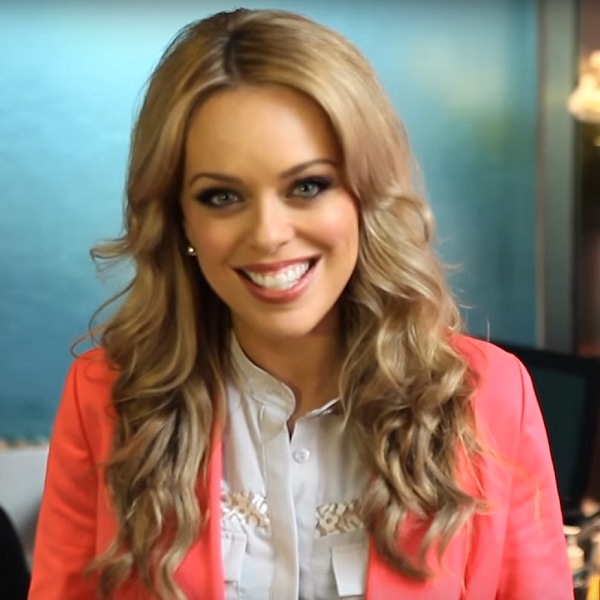 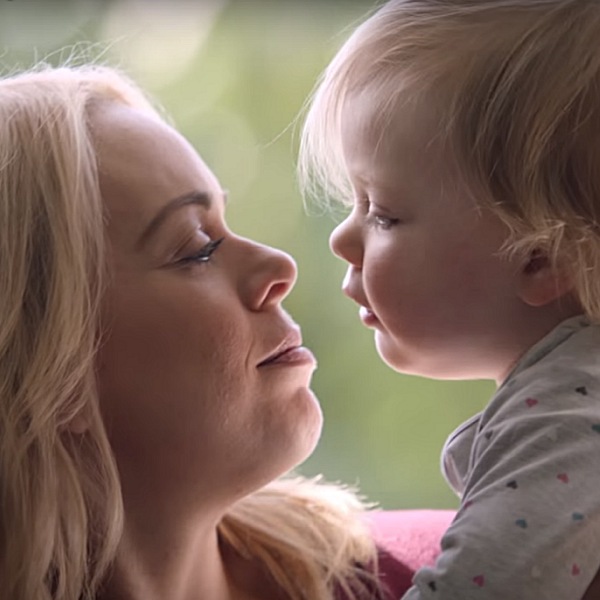 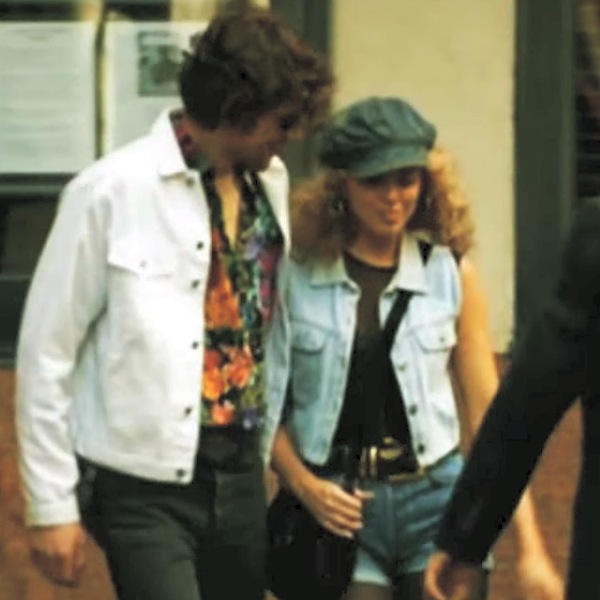 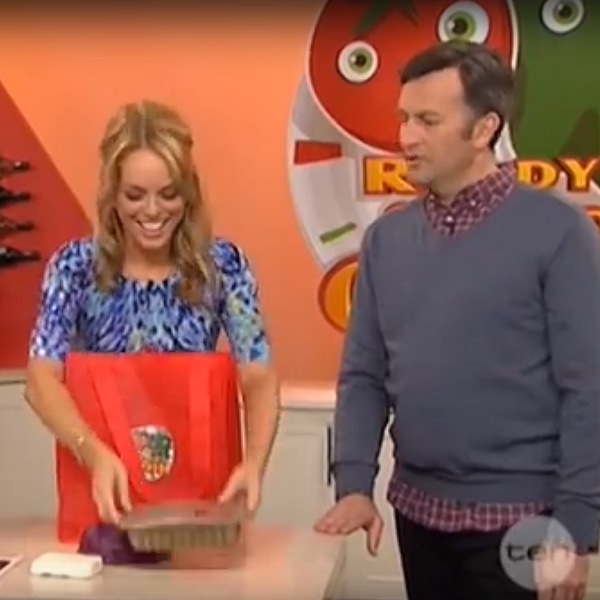 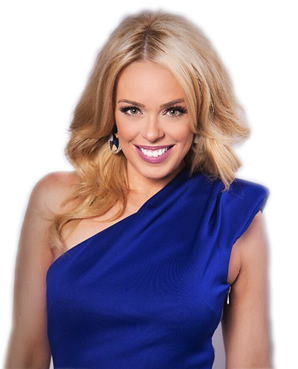